Free Culture and Industrial Property : a union against all odds? 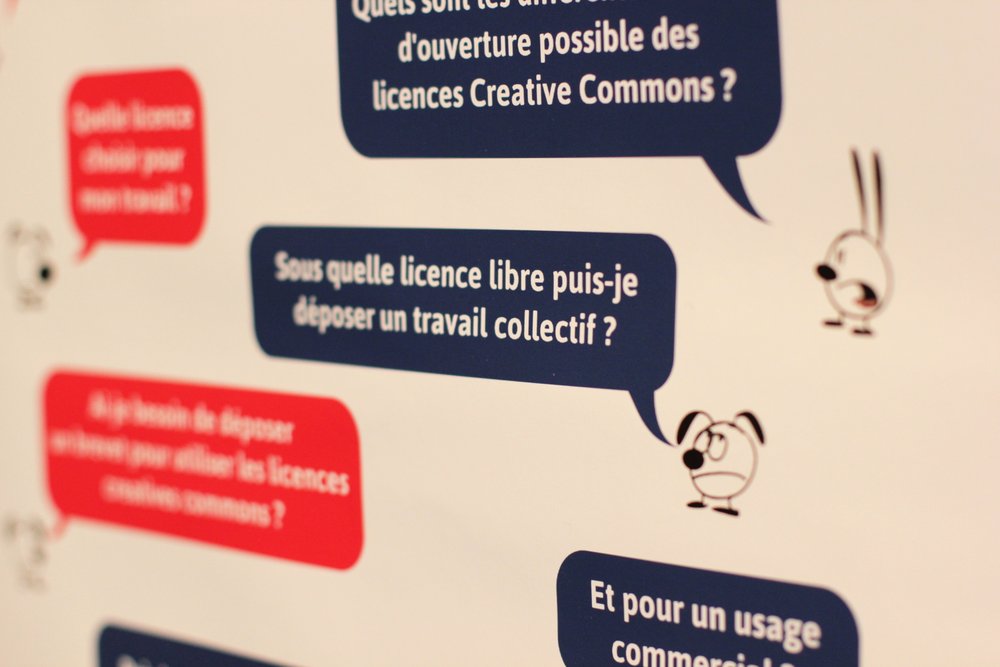 How are makers and inventors in fab labs today to not only design, but also defend their work, and more importantly, their best interest ? In other words, are the boundaries of Free Culture truly limitless ? If we were to consider its myriad facets (Open Innovation, Open Access, Open Data, Open Education, Open Source Ecology, Open Source Seeds Initiative, Open Democracy, etc.), it would appear so. The latest Free Culture offspring, Open Hardware, however, is sparking a fair amount of debate on the matter, especially with regards to author’s rights. But what about the repercussions triggered by Free Culture on Industrial Property?

Made up of approximately twenty members, including legal professionals, academics, designers and makers, the C LiBRE workgroup laid out these questions during a day-long brainstorming session organized around the following theme: « Bridging the gap between Industrial Property and Free Culture: How-to, yet how smart? ». The article that follows sums up our findings from our not-so-aimless traipsing into relatively unfamiliar territory somewhere between knowledge-sharing and industrial production.

Before delving any further, let’s clarify a couple of key concepts:

– By Free Culture, we are referring to a social and political movement aimed at greater sharing capacities among individuals. The overall idea is that society can only improve by collectively making strides towards a common goal and teamwork. This movement, therefore, attempts to break away from the individualistic mindset that arose following the French Revolution, and namely that of private property, by taking another look at material rewards.

– Industrial Property refers to a set of legal rules that give order to industrial creations, and in particular, inventions. What matters most here is ensuring that the creative process and end result, not the physical object or invention, are protected. The object itself does not fall within Industrial Property Law jurisdiction. What does, however, is the intellectual and immaterial take on what constitutes the creative process, a viewpoint that can often lead to confusion when referring to « Open (Source) Hardware », whose name, contrary to definition, conjures up something of a material and tangible nature.

It is not surprising in today’s day and age to see objects, whether patentable, patented or not, appear under a wide range of licenses (Creative Commons, GNU/GPL, Art Libre, TAPR OHL, CERN OHL, etc.). In fact, adamant Free Culture advocates have trouble, at times, differentiating between what does and especially what does not fall under the umbrella of intellectual property. Even more surprising, though, is that these sharing platforms are devoid of legal validity, which our research has revealed to be a phenomenon kept all too well out of the public eye.

Here is what we do know: An author-specific creation of the mind (computer program, photograph, image, video, music, text, etc.) may be granted a free license (term to be broadly understood) because the law stipulates that you are automatically entitled to author’s rights on your creation without having to go through administrative formalities. For industrial creations, however, such as inventions, designs, plant varieties and PCBs), you have no other choice, should you wish to be the designated inventor, but to jump through INPI [French Industrial Property Office] administrative hoops and, on the whole, surround yourself with those sufficiently articulate in the art of patent drafting. Formalities such as these are relatively pricey, not to mention compulsory, should you be looking to obtain ownership on the invention you want to protect. And, on the off chance you did not know, you cannot propose your neighbor’s car to any and all who wish to take it for a spin in the same way that you cannot write up a contract on an invention that doesn’t belong to you. The same applies to issuing a free license on an invention for which you do not possess the patent. Does this mean that Free Culture’s reach stops at Industrial Property’s doorstep? Not necessarily. Several hypotheses exist, although each comes with its share of shortcomings.

Using « Open Hardware » licenses
The first hypothesis would be to opt for « Open Hardware » licenses, such as TAPR License, CERN License and Fab’Lib, for example. These licenses are based on « hardware » or material documentation. By licensing the documentation for an invention, the licensor believes, albeit naively, that he is also licensing his invention. Unfortunately, this idea does not hold true in practice, offering little in terms of legal stability. If documentation for an original work is protected under the author’s rights, fabrication may only be done so through means of a patent, keeping in mind that a patent really has more to do with legally enforcing an object’s monopoly than its fabrication. In sum, for an « Open Hardware » license to function properly, you must have a patent on the « hardware » in question, which means paying to obtain a right that will be granted gratis later on. Quite generous, without a doubt. Shall we take a bet on how many are likely to unconditionally put forth the financial means necessary to achieve that? For the rest, a handful of alternative and more realistic options exists. One is crowdfunding, enabling inventors to finance protection of their inventions before they « go live. » Another is sponsorship, although the timing at present is not ideal.

Using free licenses designed for copyrighted works
A fairly similar spinoff from the first strategy already in use thanks to the efforts of several project owners, the second hypothesis consists of using more conventional licenses (Creative Commons, Art Libre, GFDL – GNU Free Documentation License [GFDL]), otherwise reserved for intellectual works, for project documentation purposes. The restrictions of this approach are no different than those of Open Hardware licenses. The conditions specific to these licenses are only valid for changes made to the documentation (if an original work), and do not impact in any way the fabrication of the object itself. Moreover, even if there were a patent, the licenses would still be invalid because they do not take into account Industrial Property rights.

Playing with patentability
A third hypothesis takes a closer look at the possibilities of patentability. For an invention to be deemed patentable, it has to be novel. In legal speak, this condition is coined « absolute novelty », and refers to an element or a characteristic extending beyond the realm of existing knowledge the world over. For the invention to satisfy this condition, the public needs to have had access to it, allowing the invention, in turn, access to and acceptance in a realm of knowledge. Resembling a public domain, this realm doubles as a digital kitty, providing an unlimited idea-breeding platform. This can be compared to what makers experience when they create and document their works in fab labs. Inventors unveil their invention to the public, and as a result, their invention becomes the property of humanity. Boasting a number of advantages, this approach also comes with three main downfalls. The first relates to the patent office. In the event the office does not realize the invention is already public knowledge, it could issue the patent by mistake to someone other than the inventor. All is not lost, for the inventor can always have the patent voided. To do so, he would, of course, have to go before a judge for patent invalidation, not to mention comply with all the other strings attached (cost, time, energy, etc.). The second relates to an already-patented invention. The individual genuinely believing to be the original inventor runs the risk of being sued for infringement, a rather unpleasant sentiment to be avoided whenever possible. The third relates to a power struggle. Even if all has been done according to the book, the inventor cannot prevent a larger company with greater means from commercializing his invention, including for less.

Amending the law
A fourth hypothesis, whose feasibility lacks much certainty, involves amending the law in favor of non-commercial sharing of industrial creations. For this to become reality, a mammoth dose of creativity and determination are paramount. If only French law were the sole obstacle to overcome, the task would appear less complex; however, the reality is that many other countries, both in Europe and further abroad, feature laws resembling those in France, cranking the complication factor up a notch. A large portion of EU States, including France, have reached concensus on Industrial Property benchmarking. Therefore, amending French law will require approval from all countries, a likelihood that is all but likely.

Considering an « Open Hardware » label
One last and final option worth pursuing with slightly fewer legal implications than the proposals mentioned earlier involves a type of « Open Hardware » label. This strategy would go hand-in-hand with the invention’s deployment. The idea consists of specifying a certain number of conditions that, if met, would enable a company to add the label to the product sold. Similar to the « organic » label on food, this would be invention-specific. The next step would then be to identify which conditions would serve as quality criteria, gauging both compliance and irreversible outcomes, if any. Interestingly enough, the Open Source Hardware Association recently launched version one of the Open Source Hardware Certification: TBC.

It seems appropriate to us at this point to draw attention to the considerable gap separating Free Culture and Industrial Property despite the significant advantages that the latter has to offer in relation to author’s rights. It goes without saying that the protection period is drastically shorter, specifically 20-25 years for Industrial Property versus the author’s age at death (plus an additional 70 years) for author’s rights. The public domain fills up, obviously, more quickly in one area than in the other. Furthermore, with regards to author’s rights, which are granted automatically, the opposite is true for Industrial Property. Should an author not want the right, he has two options: the first requiring him to forgo protection entirely and immediately and the second allowing him partial protection with the help of a license. In Industrial Property, an invention, patented or not, may be fabricated, but not commercialized, unlike author’s rights where guidelines on reproduction are more ambiguous.

Upon reading this article, readers may rightfully deduce that the joint future of Free Culture and Industrial Property lacks clarity and direction. The number of legal obstacles, no doubt, does little to lighten the burden. Yet, things are never fully set in stone, but rather in a perpetual state of motion based on how people manipulate and maneuver them. The law is no different. Despite these legal hang-ups, there are companies that choose to opt out of exclusive rights on a technology. They believe that by giving users an « Open Door »-like access to myriad resources once housed in the private domain and now made public, this will help to lower the chances of lawsuits and other claims filed by the competition (i.e. Arduino, certain 3D printers, and to a certain extent, the Internet network). That is why it has now become vital to put this strategy to work on both Industrial Property and Free Culture fronts so that makers have at their disposal a more clearly established and structurally-sound backdrop with which to move forward. It is with this in mind that the authors of this article are setting out to intensify their advocacy efforts in support of not only an endeavor they deem indispensable, but also of those inventors and makers behind it, shaping the tools best adapted to the pursuit and promulgation of the Free Culture movement. The coming year will surely be conducive to countless exchanges on the matter, and the door is wide open for all those wishing to contribute to its advancement.

This work is licensed under a Creative Commons Attribution-ShareAlike 4.0 International License. 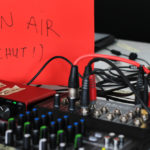 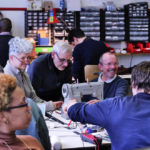